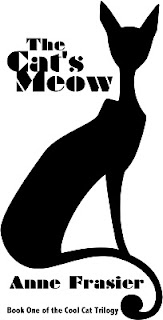 A year ago I came up with this concept for a trilogy. The first book in the series was The Cat's Meow. Kind of chick lit. Kind of romance. Kind of fantasy. I thought it was a delightful idea. Unfortunately, I was the only person who liked it. One agent said it was definitely the oddest thing she'd read all year, so it has that going for it. I've posted the first chapter on Smashwords, where you can read it for free. Leave a review or rating if you like. Or if you hate. At this point, the first book is half done. I stopped when I started racking up negative feedback.

The Cat's Meow
Posted by Anne Frasier at 1:29 PM 7 comments:

* Once you've introduced a secondary character, make sure that character reappears at certain intervals, otherwise reader will forget who he is. And if he disappears for long chunks, is he really that important?

* Mix it up. We tend to skim names when we read, so make sure character names vary. Make sure they don't sound or look alike, and don't start with same letter.

* Don't stick two stories together. You know what I mean. You've written 150 pages of one story, get sick of it, think of another plot, but don't want to waste those 150 pages so you just stick the two together and do a little sanding at the seam. I've seen this A LOT. You aren't fooling anybody.

that
really
just
then
suddenly


Watch out for the words was and been. This can sometimes indicate weak writing, but not always.

* Easy on italics. Apparently some people don't mind italics, because I sometimes pick up books that contain whole chapters of it. I won't read these books, and I wonder how many other readers feel the same. I would say no more than a page or two at a time. Different formatting can sometimes be substituted for italics, such as a block of text with wider margins and condensed spacing. To me, that says this is just as important as the other text.
Posted by Anne Frasier at 9:15 AM 3 comments: 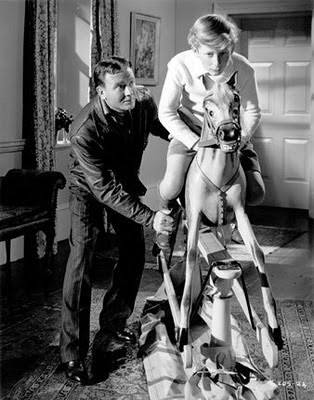 This topic really needs a post of its own, because it's controversial. Every day we read agent blogs and tweets telling us to avoid trends. I understand where this is coming from, but I also think a hot trend can be an unpublished writer's foot in the door.

If you recognize a hot trend you'd love to write, and if you can write very quickly, I say go for it. It's an opportunity. And when I say write fast, I mean have that manuscript ready to go in eight months. Because trends can turn overnight, which is why agents are always warning against them. I lied. Actually, they don't turn overnight. From my observation, it takes a minimum of two years for a trend to really go belly up. Once saturation point is recognized, doors to hot trends slam one at a time, and with each slam your chances of selling go down.

A slow writer should avoid jumping on a trend, because there's nothing more heartbreaking than working years on a story no one will even look at. If you can't have that story ready to go in under a year, then maybe trends aren't for you.
Posted by Anne Frasier at 5:20 AM 5 comments:

All of my tips seem to focus on what not to do. Sorry! I'm a negative person, what can I say? Here are five more things some people might find helpful:

I'm not kidding. Another way to say this--too many freakin' words! But really, people like a certain beat to their reading, a certain balance of dialogue/narrative. You can tell if you have the mix right by looking at the white space. This is also why it's tough to have scenes with a single character. Dialogue helps with momentum and adds white space. Try not to leave your character alone too often or too long.

14. Backstory is the story

15. One of my biggest pet peeves that some might disagree with: Don't make the entire story a flashback. Tell the story that's happening now, not the story that took place twenty years ago. I want NOW! And if you want to write about something that took place 20 years ago, write as if it's happening now. Nothing makes me lose interest faster than something that's not happening now. I realize there are some wonderful exceptions to this, but immediacy is more likely to engage the reader.
Posted by Anne Frasier at 10:28 AM 4 comments: