The Clarity of Night 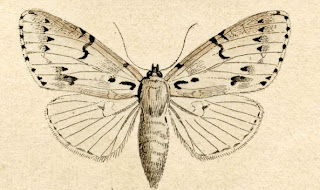 On January 11  I sat down with Jason Evans of The Clarity of Night and we talked about The Orchard over a glass of wine. I really think Jason's take on the book was the most interesting part of the conversation. He brought up a lot of insightful observations. I've known Jason for many years.   Eight? We met back in the glory days of blogging.  I miss those days, the days before Twitter and Facebook. But anyhoo, here is the interview. Thank you, Jason!


By the way, I temporarily removed my last post. Sorry about that. It will go back up at some point...
Posted by Anne Frasier at 6:16 AM 2 comments:

I haven’t been around here much because I’ve been so busy. I recently realized I’m working 14 – 16 hours a day, seven days a week.  Not good. But several projects were put on hold for the release of The Orchard, and I’m playing catch-up.  It was an interesting fall. I had a book released by a major house, a book released by an indie press, and my own self-published titles.  I hate to say which did the best.  Self-pubbed.  Anne Frasier. I’m shocked. Really. So I’ve kicked up my productivity, pulled Belfry Press off the backburner, and have been working night and day on my backlist titles. Three more going up soon, but I also want to get some new material out there. By June I hope to have my second memoir available in digital form. By fall I hope to have the first book of my cat trilogy released. My agent is shopping an Anne Frasier partial right now, but I have no confidence in selling it because I keep hearing that nobody is buying partials anymore.  Three years ago an agent (not mine) chewed me out for even considering submitting a partial.

So, say you write the entire thing, then submit to a publishing house. What does that get you?  The purpose of an advance is money to live on while you write. Well, that’s what it used to be. If a publisher buys a complete ms, you’ll have to wait a year or two for the release, then another year or two before it pays anything, if it pays at all. Or you self-publish it and readers have the book in their hands without waiting years, and you begin making money on it.  And your name stays out there.  Readers don’t forget you.

I think the biggest thing for me, and this is HUGE, is the knowledge that I’m not working on something that I’m going to have to shop for a year once it’s finally done, then stick in a drawer because it didn’t sell. I can finish the book, published the book, and move on to the next adventure.  When I think of all the books I didn’t write over the span of my career, it makes me sad. I no longer have to not write a book.

I’ve tried to figure out what it would take for me to sign with a major house right now. I don’t know. Everything is so weird! It makes me nervous to think of doing this without major-house support, but …

With a major, you sign and kiss the book goodbye. It’s no longer your book.  It’s a product you sold to someone. And in some cases, that’s perfectly fine.  The Orchard is gone. It’s not my book. I’m not sure it will ever be my book again, but that’s okay. It’s more than okay. The publishing house was able to get the word out there in a way I could never have done in a million years. But I like the idea of being in control of my art from beginning to end. And I like the idea of the stories always being mine.  I like the idea of not passing my art through a window and waving goodbye.   The other thing I love about digital publishing is that a book is never finished. Writers have long suffered with stories that never feel done. We turn them in, then kick ourselves. Damn, why didn’t I add this line?   Or we’re doing a reading and come upon a typo.  We were stuck with the stories that would always feel unfinished. Now, even if we don’t do it, we know we can simply upload a new file.