April has been a crazy busy month for book events, but last night was my last one for a while.  This was a book club, and wow. What a nice group. I love book clubs, because the interest and enthusiasm is off the chart.  People have read the book. They want to talk about it. They are truly interested.  This was for The Orchard, and I do think memoirs might lend themselves to book discussions.  And it's humbling and gratifying to hear from people who were impacted by the story in ways I couldn't have foreseen. I'm always surprised by the personal stories people share.

But now I have to buckle down and get to writing again. I'm ready to tackle the second draft of Stay Dead, the Play Dead sequel.  Several people have asked about the cool cat series, but since those books are self-published, they have to go on the back burner even though I'm really anxious to get back to the second cat book.  Stay Dead is a contracted book, due to the publisher September 1. So I'm guessing I won't have the second cat book done until 2014 by the time it's edited and formatted, but it could be earlier. Kind of doubt it though.

Some people have said they want to read more about Max.  Well…

For the curious … a little about The Geek with the Cat Tattoo.  The cat in book two is Max's brother, and book three will feature Max's sister.  The second book is set in Minneapolis. Max's brother has a bit more…power (cool?) than Max. (Max always felt inferior to his siblings, although they all consider themselves matchmakers.)

Max's brother runs away from an abusive owner and immediately stumbles upon a geeky guy throwing up outside a bar. Max's brother follows the guy home to make sure he's okay, and ends up being adopted by the geeky guitar-repair dude who is painfully shy around females.  (Which is how he ended up drinking too much and throwing up.) And so begins the matchmaking.  The love interest in the story is Melody's sister (from book one), someone geeky dude has had a crush on for two years because she often comes into his shop to drop off and pick up her dad's guitars.  So we will see a glimpse of Melody and Max, but not much.

I always worry about giving away too much of the plot. Hope that's not too much. :D

Posted by Anne Frasier at 12:33 PM No comments:

STANDING UP THERE TALKING ABOUT STUFF

FYI: I will be speaking about THE ORCHARD at two places this week, Gethesmane Lutheran Church in Hopkins, MN, on Tuesday, April 16, 7:00, open to the public, and Ridgedale Library in Minnetonka, MN on Thursday, April 18, 7:00. Books can be purchased at both events.

LIBRARY EVENT
Posted by Anne Frasier at 10:19 AM No comments:

THE PARTY IS OVER

The party is over, and I'm back to work. It was tough making myself get on a flight that was heading straight into winter.  When I got off the plane in Minneapolis, I thought I'd stepped into a Charles Dickens novel as beaten-down winter people trudged past me in their wool coats, black stocking caps, heavy boots. I expected someone to lift a bowl and beg for food (More, please.) so I could give the poor soul my airline pretzels.

I'm what is now called a hybrid writer, which means I traditionally publish and I self-publish. But what this really means is that I'm working harder than I've ever worked. The self-published books are my bread-and-butter, so I can't slack off in that area.  And man does it take a lot of work to self-publish.  I figure I now spend something like 90% of my time formatting, editing, promoting, advertising, etc, and about 10% writing.   I once saw a one-man band at my uncle's bar. This guy played guitar, drums, harmonica, horn, cymbals, keyboard, and maybe some other stuff. And all of these things were strapped to his body so he could switch from one instrument to the other as he played, and he often played two or three at a time.  I feel like that guy.

And somewhere in here I have to find time to write, so I've actually blocked out all of May to work on nothing but the Play Dead sequel, due to publishing house September 1.  And darn, there's the cat book. I hope to pick it up again before the year is over, because a lot of people are asking about the second book, Geek with the Cat Tattoo. I've been so happy with the response to the first book. Most of my books are dark, and it's been so rewarding to have people tell me Girl with the Cat Tattoo made them happy and made them laugh.

On the traditional side: This week and next I have several book events for The Orchard. These will probably be my last appearances for The Orchard, most dates set up almost a year ago.  We set up the April dates because it's fairly safe to think roads will be okay. Ha!  Endless winter.  I think we are paying for last year, where I recall sitting outside drinking beer in March.

Now I'm off to work on my event presentations.
Posted by Anne Frasier at 5:18 AM No comments:

Heading back to winter, but here are some photos from our last day in Georgia. I'm really happy with the picture I took of my daughter on top of the St. Simons Lighthouse. It was a total
accident, but sometimes the accidents are best. Also included: lighthouse steps and a live oak tree. 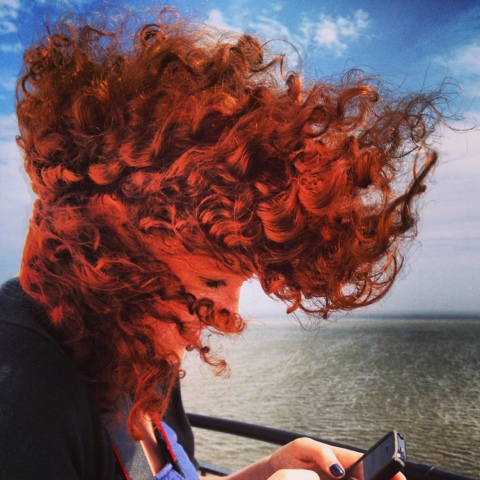 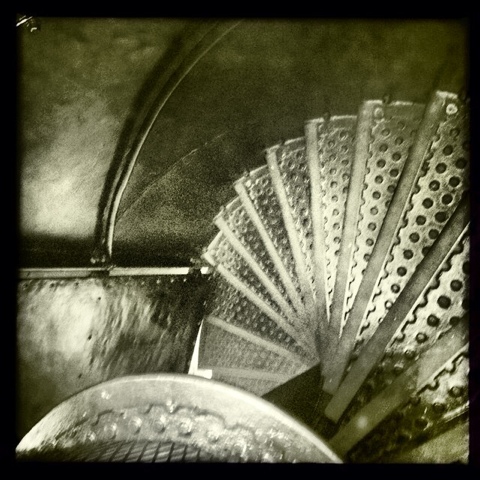 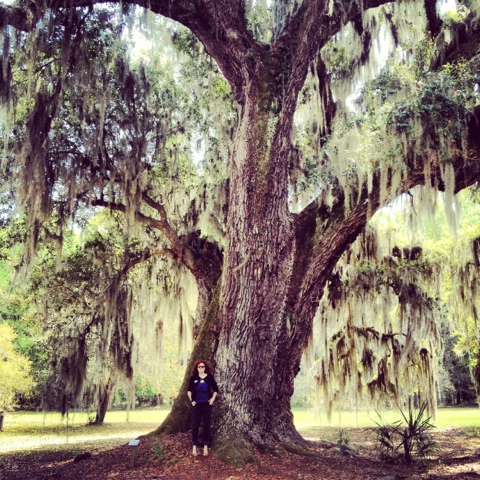 Posted by Anne Frasier at 5:30 PM No comments:

Snow and ice and bone-chilling rain in Minnesota and Wisconsin this week while I'm in Georgia visiting friends and doing research for the Play Dead sequel due to the publisher September 1. Yesterday was a boat trip to Daufuskie Island, South Carolina (The Water is Wide, Pat Conroy). 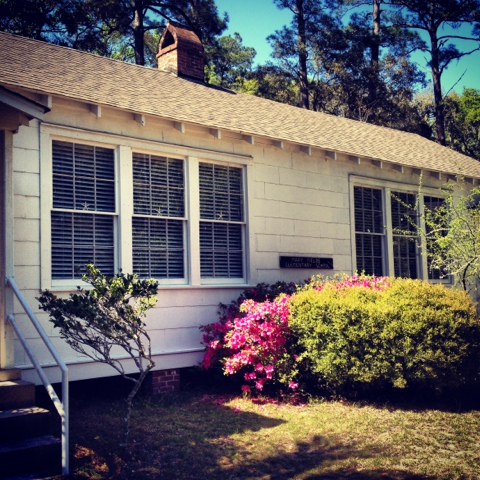 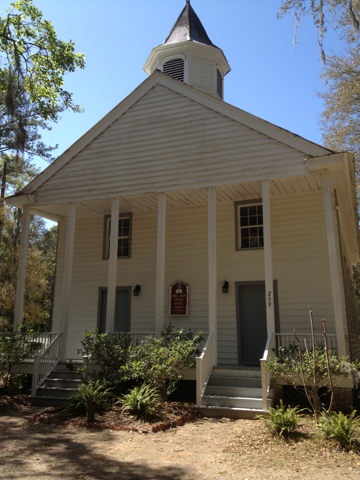 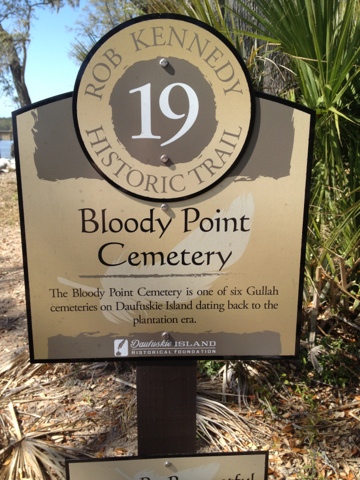 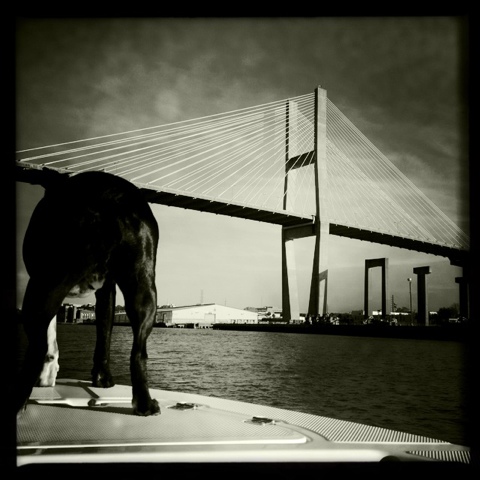 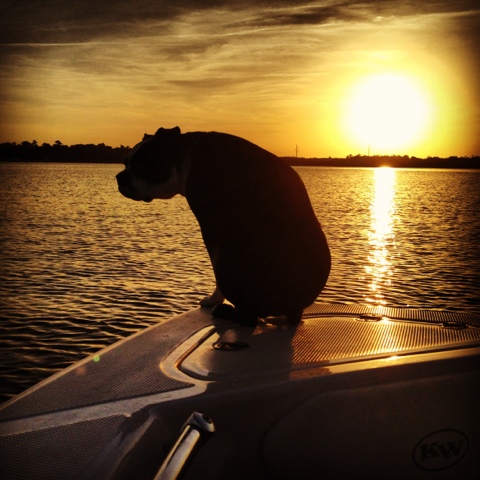 Posted by Anne Frasier at 3:42 AM No comments: