Interviews are such an art.  I love when I'm asked questions that no one has asked me before. Questions that make me think and analyze and speculate. The interview with Her Circle was just such an interview.
Her Circle is a magazine of women's creative arts and activism. What an honor to be featured there.

Posted by Anne Frasier at 5:03 AM No comments: 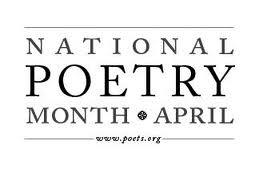 Who knows about Jenny Brown,
That woman who went missing
On the other side of town,

Walking across Essex Square,
To catch the bus at the deli,
And meet her sister there,

Who knows about Laura Lee,
That lady who went missing
Down by Essex and Eastern Quay,

Whistling her way past the water,
Her arm clutching a gift
To give to her daughter,

Who knows about Heidi Jones,
That girl who disappeared
While on her way back home—

Somebody knows, and somebody lied,
About the underground homicide,
And nobody sees, and nobody knows,
The monster who stalks our lovers so;

Reduced to a few lines on page six,
A girl's shade lingers,
And the clock ticks, and ticks.


Read more about Poetic Justice Press and poems on crime.


My poem, Home (Anne Frasier), was published in The Lineup 3, which is now available on Kindle and Nook.
Posted by Anne Frasier at 4:38 AM No comments: