City of the Lost by Stephen Blackmoore 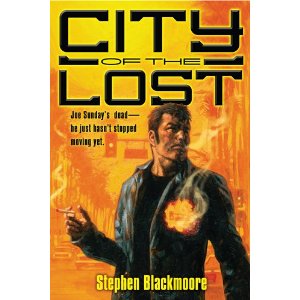 I'm so excited about this book.  I read an early version several years ago and LOVED  it. LOVED it.  Stephen Blackmoore has voice. He has darkness.  He has humor.  And he has heart.

And to give you an idea of Stephen's voice, here's a little excerpt from his short story, World's Greatest Dad, taken from the Deadly Treats Halloween anthology. Below that, some early reviews of City of the Lost (release date January 3).

***
By the time Franklin Delacorte wakes up, he's been dead six hours.


He's confused, disoriented.  Wondering why he's naked and surrounded by multi-colored candles in the middle of a crypt.


He sits up, wobbles a bit.  Steadies himself on the top of the stone sarcophagus he's been lying on.  Yellow light gutters through the room, throwing scattered shadows along the stone wall.
The candles are a little unnerving.  Scented.  Vanilla, spice, potpourri.  It smells like his grandmother's house.
"Dude," someone says behind him.  "You so have to see this."
Franklin looks to the door at a vaguely familiar teenager.  Can't quite place him.  Pimples, greasy hair, wearing an old army jacket.  A cigarette dangles on the kid's bottom lip, his mouth hanging open.  After a moment the cigarette falls to the floor.

Franklin sits in the back of Billy's busted up Cougar, the body bag from the morgue wrapped around his waist.  The Cougar would be a classic car if it wasn't mostly rust with an engine that sounds like a wood chipper.  Billy keeps working on it, but it never seems to get any better.
"This is what I get for busting my butt to keep you boys out of trouble.  Didn't you learn a thing in Sunday school?  Like don't play with the forces of the devil?"
"Jeez, dad, we said we were sorry," Jake says.
Franklin's a little worried.  He's seen movies.  He knows how this sort of thing turns out.  "I don't even want to know how you did it, but I swear if I start gnawing on brains I'm gonna start with yours."
World's Greatest Dad, Stephen Blackmoore

"The gritty streets of CITY OF THE LOST are filled with snappy dialog, and fascinating characters, as well as a rollercoaster of a plot that doesn't slow down from beginning to end. This is the zombie crime novel we didn't know we were all waiting for."
- Seanan McGuire, author of DISCOUNT ARMAGEDDON

"CITY OF THE LOST is the best kind of paranormal noir: gritty, breakneck- paced, and impossible to put down. Joe Sunday is a new antihero to watch, and the next installment can't come soon enough."
- Caitlin Kittredge, author of THE IRON THORN

"Bruja, demons, bloodsuckers, the living dead and bucketloads of bloody magic - you'll find all of those in CITY OF THE LOST, but the real magic is how Blackmoore deftly breathes secret supernatural life into the City of Angels. This is an auspicious debut that's at turns violent, hilarious, and tragic. Can't wait make a return trip to Blackmoore's voodoo version of L.A."
- Chuck Wendig, author of BLACKBIRDS

"For a debut author, Stephen Blackmoore knows perfectly well how to snatch up his readers and barrel away with them from page one. In Joe Sunday, he's created the perfect hard-boiled anti-hero - an inexorable protagonist who's short on tongue-wagging and long on visceral brutality, yet is totally sympathetic due to his singular narrative voice. Oh, yeah. He's also dead. CITY OF THE LOST is one hell of a fast and thoroughly enjoyable ride. The perfect book for fans of crime noir, urban fantasy, and horror. One of my favorite reads of the year."
- John Hornor Jacobs, author of SOUTHERN GODS

"The funhouse reflection of L.A. Blackmoore conjures is at once vibrant, seedy, and mysterious - streets so mean, they feel as though plucked straight from Chandler's DT nightmares. CITY OF THE LOST effortlessly blends the grit with the fantastical, and paints a world in which magic is to be feared - but not nearly so much as the people behind it."
- Chris F. Holm, author of DEAD HARVEST

THE ORCHARD IS TEMPORARILY 1.99


It's thrilling to see The Orchard making some Best of 2011 lists.

LAST BOOK EVENT OF THE YEAR

Stillwater, Minnesota, during the Christmas season... 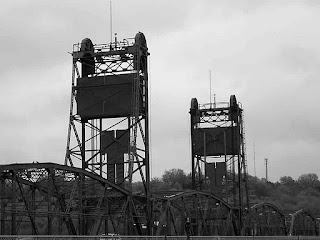 What could be sweeter?


My last book event of the year is this Sunday:


I'm not sure if this is a signing only, or if I'm talking about The Orchard a bit.  But anyway, if you're in the Stillwater area and are looking for a last-minute gift...  Stop by!

Posted by Anne Frasier at 8:01 AM No comments:

When the problem becomes the solution

This happens to writers all the time.  We write scenes we love, but maybe they don't quite fit. Maybe they don't advance the plot.  Maybe they just kind of hang there and interrupt the story flow. But one thing I always forget is that anything can be made to work, and everything can be fixed. I'm working on a suspense novel right now, and I have a scene I love. It introduces a main character. But I didn't feel it fit. and it definitely interrupted the flow. And it definitely seemed to just be this disconnected scene that wasn't progressing the plot in the way a page-turner should. When I have this kind of problem, I always put it aside. Then, as soon as I wake up, before I get out of bed, I think about it. And OMG, I came up with the best idea. And now the scene I was going to toss has become pivotal. Now it not only advances the plot, in propels it.
Posted by Anne Frasier at 6:40 AM 7 comments: