Below is the guest piece I wrote for The Clarity of Night. 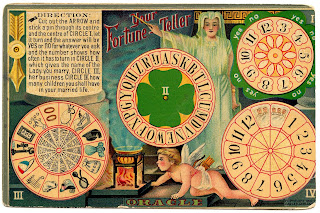 I was born under a blood moon. At least that’s what my grammie always tells me.

“Girl, you came shootin’ out like you couldn’t wait to start raisin’ hell,” is what she says. And then her face darkens and she reaches for the bottle.

It ain’t easy knowing your birth killed your own ma. And not a day goes by but Gram doesn’t remind me that I’m a murderer. And not a day goes by that I don’t wish I could turn back the clock and be unborn. But it don’t work that way, and when the townspeople come to the swamp to have their fortunes told, I cling to their soft, perfumed hands longer than I should because I want to feel something besides my life with Gram. And even if I sense bad things, I don’t tell the customers. I look for the positive and happy. I want to see their shoulders relax in relief. I want to see them smile. And it don’t hurt that they tip more for good news.

Once they leave, I take the money to Gram and she puts it in a jar and we sit down by the bed, one on each side. And just like we’ve done for the past sixteen years, Gram rubs olive oil on my mother’s leathery arms and legs while I brush our dead darling’s hair, lightly, barely touching so I won’t do any more damage.
Posted by Anne Frasier at 8:37 AM 4 comments: 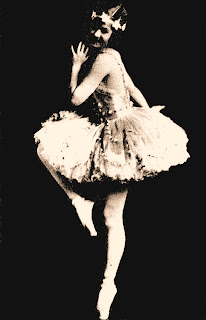 A few days ago I attended a pre-pub dinner in Minneapolis. I’ve been writing for 30 years, but I’d never heard of a pre-pub dinner until recently. I’m still not sure if a pre-pub dinner is relatively new or if it’s something that’s been kept kind of a secret. My publicist was there, along with the Hachette rep. Both wonderful people. Guests were booksellers and bookstore owners from Once Upon a Crime, Excelsior Bay Books, Carleton College Bookstore, and University of Minnesota Bookstore. All but one of them had read The Orchard, and we basically just talked about the book. It was an all-about-me night! And almost everyone said: “It reads like fiction.” Another thing I’ve been hearing: “It’s your voice. It’s still your voice!”

Many memoir writers come straight from a nonfiction background, but I’ve been developing my writing style for thirty years. Before I started writing the memoir, I made a conscious decision not to change my fiction-writing voice in order to write nonfiction. I saw no reason to dilute what I consider my strength. So yes, The Orchard is written in what would typically be considered a fiction voice.
Posted by Anne Frasier at 12:30 PM 2 comments:

Another sure-to-be wonderful contest is going on at The Clarity of Night. 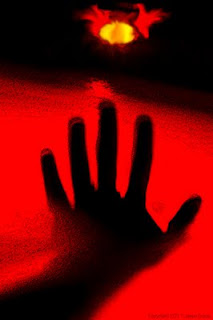 Jason's contests have become so popular that he's had to limit the number of entries, so get your story in early. And if you can't participate this time around, be sure to read some of the entries. This is always a fun event.

BTW, Jason has a great short story in the upcoming Deadly Treats anthology.
Posted by Anne Frasier at 3:30 AM No comments: 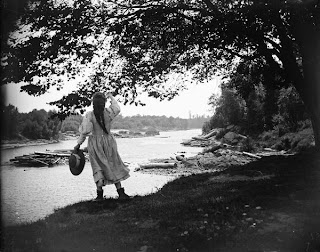 Yesterday I visited an apple orchard for the first time in fifteen years because my publishing house hired a company to make a book video for The Orchard. On the way there, I thought I was going to black out, and every time I imagined getting that first glimpse of the orchard, my heart slammed in my chest. I had to stop at a café for a drink. Not a booze drink, although that might have been better, but just a glass of green tea so I could collect and fortify myself.

But once I got to the orchard, I was okay. Partially because it was very small and the trees were scattered, not in rows, not symmetrical. Not the kind of orchard I was used to seeing, if not for real anymore, at least in my mind. But it was still odd, because it felt like I was pretending to be someone I haven’t been in years. The girl in book, the girl in The Orchard. I’m not that person anymore. I haven’t been that person for a long time. The person I am now hadn’t stepped foot in an orchard for fifteen years until yesterday. And the person I am now started eating apples again not long ago. Until recently, I couldn’t even look at an apple, and don’t get me started about cider. The word alone gives me a little hitch in my throat not unlike a gag. So yesterday was very odd and surreal. Most of The Orchard (the book, not the place) is about my twenty-something self, and I think the idea was to capture the mood and setting of the book, except that now I’m a curmudgeon who recoils and lifts my black cape to the sun.

I wonder if readers will expect me to be that person in the book, or will they understand that she's gone?
Posted by Anne Frasier at 12:42 PM 4 comments:

We've been talking about doing this forever. We make plans. Something happens. Cancel plans. A year passes. Another year. Well this weekend a few of us writerly people got together at my place. And WROTE!

Well, we did a lot of other things, like talk and laugh and eat. And eat some more. But in order to keep this a bit on track, we decided to set a timer for a hour. And WROTE!

Then we ate and talked and laugh. Then set the timer for another hour. And WROTE!

And then of course we ate some more and shared our stories. Pat had the highest word count with something like 1600 words. Not only did she have an impressive word count, she had a great story! I had around 1200 words after the first hour. The second hour was spent editing (weeding), so I ended up with 1000 total. I hadn't thought at all about what I was going to write until the timer starting ticking. I'd originally thought I would write a nonfiction piece I'm planning for a magazine, but I just didn't feel like writing nonfiction. I was in a fiction mood. It took about fifteen minutes for my brain to finally make sense of what I was typing, and after 45 minutes I could see where the story was going.

I gave it an edit, but nobody else has proofed it, so it might have some mistakes. If you want to read it for free, you can find it on Smashwords. 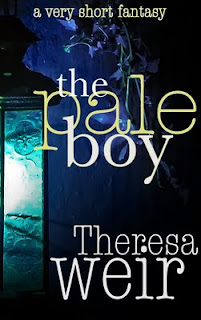 I'd just post it here, but it will lose all formatting.
It's a fantasy about a time shift, a dreamscape, an alternate world, a pale boy, a goth girl, a coffee shop, and a business card.
Posted by Anne Frasier at 10:29 AM 2 comments: