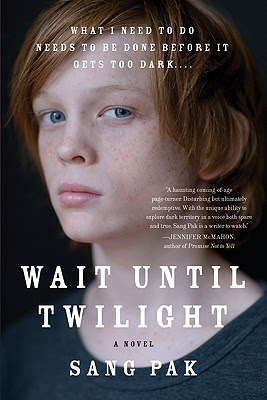 Not long after his own mother's death, sixteen-year-old Samuel discovers a set of deformed triplets hidden behind closed doors in his sleepy Georgia community. The babies—whose shut-in mother believes they were immaculately conceived and whose menacing brother is a constant threat—take control of Samuel's every waking and sleeping thought. His only escape, he realizes, will be to save the monster children. But to do so, he must rein in his darkest impulses as he undergoes a profound transformation from motherless boy to self-defined man—because sometimes the most terrible monsters are those that live inside us all.

This is a debut novel, and I think we'll be seeing a lot more of Sang Pak. It was hard to come up with solid comments for this book, because in some areas it is excellent. If I were to give it a rating, it would look like this:

The title suggests that the publisher was trying to ride the Twilight craze. I'd love to know the original title. Wait Until Twilight is something I would classify as literary horror, because the horror elements, when they appear, are very strong.
Buy it: Indie Bound

Bill Crider's review
Posted by Anne Frasier at 4:32 AM 2 comments:

It seems boring and tedious, but readers need to know how much time has passed since the previous scene. They need to immediately know where new scene is located. Ground them. Right away. Otherwise, while reading, they are also trying to put together pieces that aren't on the page. So even though it seems like boring writing, you need markers. The next day. Two days later. Four hours later. If you don't want to start scene with marker, begin with the scene, maybe dialog, but soon you will need something like It had been two days, or two days had passed.

About those two days...

Large passages of time slow the narrative. Sometimes kill it dead. Even a time jump of two days, because reader is once again distracted. Why two days? What happened in that two days? Anything? Even though it's unrealistic for important things to take place hours apart, you have to condense. You should avoid realistically boring dialog, and you might want to avoid realistic passages of time. While you are framing a story, time should be a part of your foundation and plan. If for some reason you need a large passage of time, you'd better figure out how you are going to deal with it and explain it without killing the pace and flow of story.

And that brings me to me. When writing my memoir, passage of time has been the biggest problem. I deliberately avoided time markers because I wanted 20 years to appear to take place in a single season. But without the markers, we have confusion. But with the markers, we have a large span of time, something I detest. So I'm trying to solve this problem. The story itself is very condensed and distilled, very sparse, so it doesn't lend itself well to broad and epic time sweeps. Thought I'd solved the whole problem with the single season idea, but it's just not working. Structure, structure. I will figure this out.
Posted by Anne Frasier at 5:34 AM 2 comments: 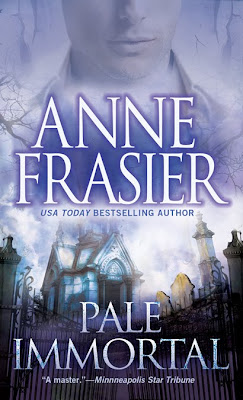 Once again I'm editing old material, and what a difference a few years make. With Pale Immortal, I was under contract to write a crime fiction novel similar to previous titles, but containing a slight supernatural element. The accepted synopsis and sample chapters offered a pretty straight-forward police procedural with what I thought was a strong premise. Odd town with a lot of mystery surrounding it. A gang of wannabe vampires (but not real vampires), and a writer who is allergic to sunlight, bodies showing up drained of blood. Town going crazy and blaming the writer dude. A little romance. But when I turned in the full manuscript, I was sent back to reconstruct and add, IMO, totally hokey paranormal elements that weakened the story. And now as I'm editing for Kindle, I see that I was right, and I cringe at the scenes that were added later due to editorial direction. I can see what the book was supposed to be, because it's still there. And even with the additions, I didn't go nearly as far as I'd been asked to go. People flying, blood pouring out of the ground and out of walls. Which is why I'm no longer writing for that publisher. Two polarized visions. One realistic, one fantasy. It wasn't as if I'd been writing vampire books for them. I'd been writing very successful crime fiction, so the requests made no sense. And still make no sense. In some ways, I'd like to forget that these books (Pale Immortal, Garden of Darkness) exist, because I know what they could have been. Although with Garden of Darkness I left the gate with their previous requests in mind, so there really weren't any compromises. By that point, I knew what they wanted, which was horror, so that book isn't as painful to read. It never started as one thing to end up as something else.

A writer can't win in this situation. If you make the requested market-driven changes, chances are you will turn in an inferior book and readers won't pick you up again. If you don't make the changes, you will be dumped. They both end at the same place, just a different jury.
Posted by Anne Frasier at 7:13 AM 6 comments:

I have no idea why my blog is no longer allowing comments. I've checked out the comment page several times, resaved info, but the comment area is still missing. *sigh* Please leave a comment if you have a solution. Haha!

I CAN SEE FOR MILES

I have some fantastic news to share. I have a new agent! And when I backtrack two months and think about how this came about…just so weird. I really credit this blog, and the comments left here. To recap, I was looking for blog content, remembered the memoir stuck in my closet, and began sifting through it, posting random scenes. People liked them. So I started thinking of putting the memoir on Kindle and Scribd. Spent a couple of weeks polishing it, then thought: Wait a minute. Nobody in the world has read this manuscript. (One friend saw an early draft.) But good God. Really didn’t want to look for an agent. Didn’t know if I could deal with that again. Okay, I’ll query four or five agents, then make the story available in digital format once they all tell me it’s nothing. Friends were tossing agent names to me, but I decided to pay the twenty dollars a month for the search feature on Publishers Marketplace. That’s how I found her. No connections. No recommendations. I’m not going to post her name on my blog or on twitter, because I think she likes to keep a low profile. Rarely takes new clients, and represents an intentionally small, fairly select group of writers. She has a rich and fascinating history in publishing, and I am truly lucky. And it doesn’t hurt that she believes the memoir is important. For two years I’ve had this bad mojo swirling around me, and I really feel it’s lifted. Couldn’t have done it without you.
Posted by Anne Frasier at 8:11 AM

so, we've been getting a lot of rain lately.... 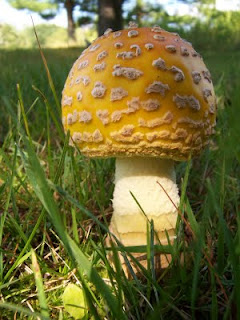 call me big as a saucer: 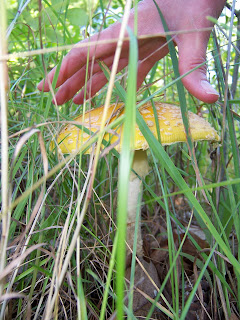 call me a freak: 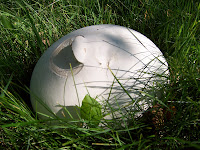 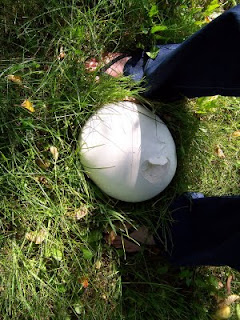 
Need to add more text to this, but I hope to have PALE IMMORTAL available on Kindle and Scribd in another month or so. Found this great free image on stock.xchng. I still need to add photo credit somewhere on cover. 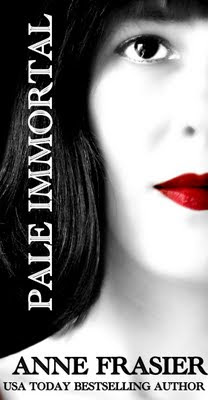 PLAY DEAD will be the second Frasier title made available in ebook format. I'm guessing it will be ready in a few months. PLAY DEAD is probably my favorite of the six Frasier titles if I can say that about my own books. It's partially because of the setting and the friends I made while researching Savannah. Another image from stock.xchng. Cost about 2.00. Font definitely needs some work, and I don't know if I'll stick with this image. Kinda cute though. 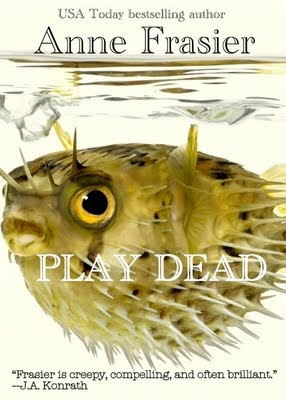 I'm currently editing COOL SHADE to later submit to Quartet Press. I'm also proofing PALE IMMORTAL for Kindle and Scribd. I've given up trying to format it myself, so that will be done by someone who knows what she's doing.

Some other things going on, but no solid news so I'll keep my mouth shut.

I keep waiting for summer, but I don't think it's going to come.
Posted by Anne Frasier at 5:07 AM