WHEN THE MUSE BITES YOU IN THE JUGULAR

I've been a writing fool lately. I spent so much of the past few years making my entire backlist available that I feel I really neglected NEW writing. Also in there I took a year off to dedicate to the promotion of The Orchard, which in retrospect probably wasn't the wisest thing to do. But anyway, I think subconsciously or consciously I felt I had a lot of catching up to do as far as getting new material written.

I wrapped up the third draft of Stay Dead, the Play Dead sequel, about a month ago. I'd planned to take a couple of weeks off, then dive into the Geek with the Cat Tattoo, my second cat book which is still 1/3 done.  But I somehow got caught up in New Adult fiction. Not all that many years ago I asked my then editor about writing for college kids, and she said there was no market for books like that. And at the time I guess she was right. Well, nobody had really tested it, but now with NA being such a hot market, I started thinking about it again. And instead of taking some time off, and instead of cleaning my house, I had this idea for an NA, and I thought I'd just get the stuff in my head down on paper. Day or two of writing. A week and a half later the first draft of the NA is 1/3 done.  So I have two books 1/3 done.

I'm excited about this new project. Really excited. I love the book, I love the characters, love the setting, love the concept. It has three pretty big twists, and when you think the twist are done, it will have a final one. Takes place in Minneapolis, in and around the University of Minnesota. Female lead is 22, male is 25.

I would never have written this if not for self-publishing. I would never, ever have even started it. Not in a million years. Because I would have known there would be no place to send it. But now... NOW....   THIS is how self-publishing is changing the face of publishing. And what a concept to be able to think of an idea, love it, and actually WRITE IT. It's exciting.

Funny thing, as the story progressed it took on more levels of complexity until I now think it might appeal to a publishing house, but I don't think I'm going to submit it to one.  Think I'll self-pub it.

When I started the NA I had this idea that I'd pub it under a whole new name and I spent too much time deciding on a pen name and I created a Facebook page for that name. But as I wrote I realized...wait, this is really morphing into a Theresa Weir book, so to hell with the pen name. I plan to publish it under my own name.

I have my contracted book, Stay Dead, which is a priority right now.  I have to be ready to put all other stuff aside whenever I get edits, etc. back on it, but  in the meantime...  WRITING FOOL.

And for those people asking about the Geek with the Cat Tattoo. I can't be a 100% sure I will finish it, but at this moment I plan to to finish it once I have the NA completed. So both books should be out in 2014.  Stay Dead also comes out in 2014, so that will mean several books out in the upcoming year. 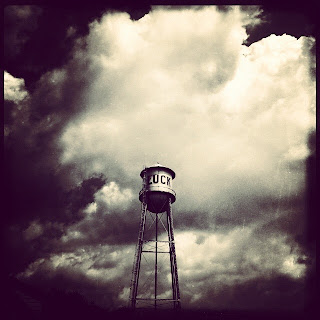 I took this about a year ago in Luck, Wisconsin.
Posted by Anne Frasier at 8:43 AM