At eighteen, I was sitting at a red light in the pouring rain when I was hit from behind, the impact shoving my Volkswagen Beetle into the intersection. The light turned green, and cars began honking. A face appeared out of the darkness. It belonged to the man who'd hit me. He motioned to the side of the road. "Pull over!" he shouted, rain pelting him. "I'll be right behind you!" He ran back to his truck. I didn't think, I just reacted. I pulled out of the dangerous intersection, then watched my rearview mirror for his headlights. They never came. At the moment he told me to pull over, I was unable to adequately assess the situation, and I simply did what I was told to do. Since that day, I've encountered various degrees of my own failure to properly read a highly charged situation. But I think we all want to believe what people tell us, even when deep down we're afraid it's not the truth. I'm not sure that kind of faith in humanity is a fault or weakness. And now, years later, I still find myself pulling over and waiting for headlights that I know will never come. 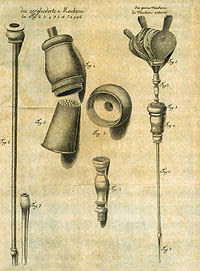 tobacco smoke enema device
Posted by Anne Frasier at 8:49 AM