I solemnly swear to never write another newsletter.
My newsletter went out this past week.
I don't like newsletters.
I don't like writing them.
I don't like sending them.
Newsletters feel too much like spam, and the writing itself isn't fun or creative.
So that's it. No more. I suspect most go unread or end up in the spam folder anyway.  So here is my newsletter. Dry, broad, and impersonal. Possibly containing some important information, but probably not. If we'd had no contact in ten years, then maybe this would have seemed...well...okay. 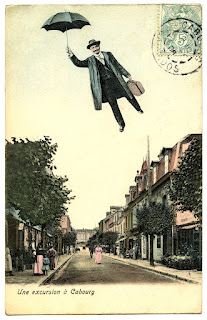 Hello to everybody who signed up for my newsletter. It's possible you signed up for this years ago, or maybe you signed up recently after seeing the link on my website. The sad truth is that I've sent out maybe one newsletter in the past ten years. Ha!  So anyway, I'm trying something different. This is called TinyLetter.

The past year has been kind of crazy with the release of The Orchard.  Combine that with the instability of traditional publishing… A strange year. A lot of writers are reluctant to sign away their book rights to companies that are on shaky ground, which is why I've been doing some experimenting with my own micro-publishing venture called Belfry Press. In the past year I've published another memoir (The Man Who Left) and a novella (The Girl with the Cat Tattoo), along with a lot of short stories. Right now all but The Man Who Left are exclusive to Amazon, but that will probably change at some point. If you're in the mood for Halloween tales, you might want to check out Deadly Treats. This is a fun anthology that was released last year through Nodin Press. It's available in both paperback and ebook.

The Orchard is now available in trade paperback, and is the Target Book Club September pick.  I love the new cover.

For people who wonder about my Anne Frasier titles… I'm really excited to say that I will be writing the sequel to Play Dead this coming year. I'm actually waiting for an offer on the proposal as I type this. Regardless of the outcome of that offer, I plan to write the book. It will feature all of the same characters from Play Dead, and of course it will be set in Savannah. Six months will have passed since we last saw the characters, so we won't have a large gap of time. There will be a bit more romance in this story, with David trying his luck at a love spell in hopes of making Elise fall for him. I'm SO looking forward to writing another Frasier crime-fiction book. Been way too long.

I have one or two events/appearances per week scheduled through November, most in Minnesota. The most up-to-date public appearance information can be found on The Orchard Facebook page even though all appearances aren't necessarily for The Orchard. I'm also visiting private book groups where I will shoot apples off readers' heads. Wait. That can't be right about the apples and the shooting.

I use Twitter, but my personal Facebook page is the place I hang out the most. Too much.

Have a lovely fall!

So how about a picture of Lee Goldberg and the naked bookseller? 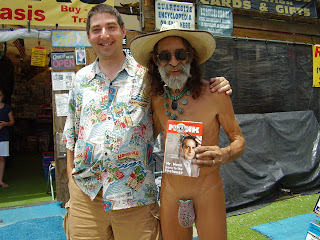