VIEW FROM THE BELFRY

Most writers don't have savings or 401ks. Many can't afford heath care.  I've been thinking about this more lately because…well, I'm not getting any younger. Heck, I'm so old that when I was a kid I had to walk three miles through a foot of snow for a hit of acid.

Not really. I just wanted to say that, but I also wanted to give you a time frame on which to hang me.  I'm a child of the 60s. 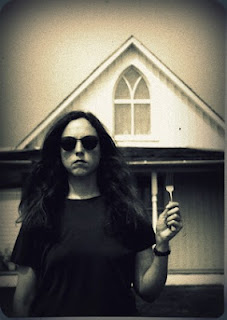 I've never been one to think much about the future, but I've been thinking about it more as the road in front of me becomes shorter than the road behind me.

So as an artist with no savings and no 401k or anything like that… What is the future? What is retirement?  Not that I will ever deliberately quit writing, but you know what I mean.

Lately I've been thinking that my books are my retirement fund. My 401k. And the thing is…once the rights to a book are signed away, that book is no longer part of your retirement package. It's gone. Goodbye.

Back when I started writing, the rights reversion clause was usually 7 years. And I watched that stuff. As soon as a book hit that 7-year mark, I began working to get the rights back. I now have the rights to 19 old titles. One I resold, and it will revert back next year. So The Orchard will be the only book I won't own unless I go with a new contract on a new book.  And since The Orchard was a later contract, I doubt I'll ever see the rights revert to me. But that's okay. I could never have gotten that book to so many readers. I may never make another dime on it, but that's okay too. I didn't write it to make money. I wrote it in order to document 70s and 80s farm culture. Anthropology.  Anthropology.

Some people don't understand why I'm not submitting some of my new books to publishers.  Retirement. I don't want to sign away the rights.

Years ago, in a publishing world far, far away, the pie was very big. And the writer got 5 – 8 % of that pie. And the agent got 15% of that 5-8%.  It wasn't a bad gig. Now the pie is very small.  And the agent get's 15% of that tiny slice.  And the writer might get an advance, might sign away rights for the rest of her life, and will most likely never see another dime for the book if she got an advance.  (With no advance, the writer might see a few payments trickle in over a couple of years, then nothing.) In most cases, the book comes out, it's available for a few weeks, and then it's pretty much over.  Most sales occur within the first two – four weeks of release. If you're lucky, you might get a bit of this:

So more and more I'm thinking it makes sense to retain rights to a large portion of my titles. Right now. if I count my short-story collections… I have 30 books available and published under my own imprint. Those books support me. Now I know that's partially because I've had success in the past and some people recognize my name. And it's also because of the number of books I have out there.  If you have a lot of titles available, then one single book doesn't really need to make that much.  And you don't give up your rights forever and forever.  And when I die, my kids will hopefully continue to benefit from the income generated by my books.  So I guess for somebody who never really looked that far ahead, I'm suddenly seeing my writing in a new light. My retirement fund.
Posted by Anne Frasier at 3:51 AM