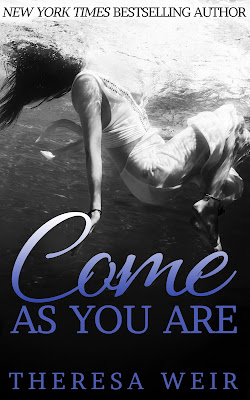 Molly Young has a secret. To keep it she holds the world at a distance. Behind her lies a trail of dumped boyfriends who came too close to discovering what no one can know. When her estranged father dies of an unexpected heart attack he leaves an even deeper secret, one tied to Molly's.

At the funeral repast Molly is unable to tolerate the shoulder-to-shoulder mourners and runs out the door and down the street to the nearest bar. Come dawn, with no memory of the past ten hours, she finds herself in bed with a beautiful stranger. She slips away before he wakes up, unaware of the role he's about to play in her life. Is he the one guy who can convince Molly to face her disturbing and painful secret and become the person she's meant to be?

I've set up a separate NA FACEBOOK PAGE where you'll be able to get the most current information on new NA releases. I also have a newsletter for release announcements of both Frasier and Weir titles.

Come As You Are on Goodreads

And since I'm doing cover reveals...  Here's the cover for The Geek with the Cat Tattoo, which will be out in 2014. 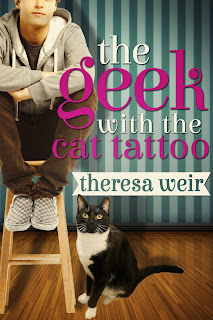