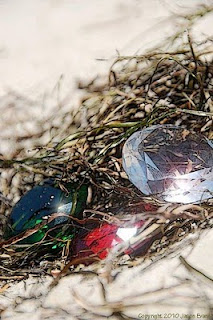 A new writing contest at The Clarity of Night! These contests are always so much fun, and it looks like Jason has really outdone himself this time.

In one mere (less than a week now!) week, the "Uncovered" Short Fiction Contest will open here at the Clarity of Night! It will be my lucky 13th contest!!

And this one is special. (Of course, they all have been.)

We will be welcoming Stephen Parrish and his debut novel, THE TAVERNIER STONES. Stephen is an old salt of the blogosphere, and we're lucky to have him join us in the festivities. The contest theme and photo is inspired by his novel, which opens with the discovery of a 300-year-old corpse holding a massive ruby. Is it one of the lost Tavernier Stones? Are you ready for a treasure hunt??

Because, get this. With the very kind assistance of an anonymous donor who loves writing, the prize pool is downright MASSIVE for this contest. In total, $290 and two signed copies of THE TAVERNIER STONES is on the line. There is a $100 prize for first place alone! Not bad for 250 words, my friends. Not bad at all.

So stay tuned, get thinking, and spread the word. The last contest was huge enough with 237 entries and tens of thousands of visits. You are NOT going to want to sit out on this one.

The clock is ticking.
Posted by Anne Frasier at 7:53 AM